In July 2019, the third group writing series set in Bindarra Creek will commence publication. This series, Bindarra Creek A Town Reborn has eight members, all Australian best-selling romance authors – seven from the original series and one member from the anthology.

In January 2019, eight members of the original team plus one new member, joined together to create an anthology of nine short romances set in the Bindarra Creek world. The anthology will be available for a limited time only.

In 2015, thirteen Australian romance authors joined together to write thirteen stories centred about the joys, hardships, despairs and triumphs of living in a small, rural town. These stories were released one a month beginning July 2015 and thus the Bindarra Creek Romance series was born.

The members of Bindarra Creek romance series are (in surname alphabetical order):

Simone Angela always had her head in the clouds as a girl growing up- some would even say that hasn’t changed! She lived in her imagination and would spend countless hours playacting after school was over, so one might assume she’d want to be an actress. But she knew from an early age, creative writing was her passion and that she wanted to be a writer. Simone loves everything about love so naturally enough romance had to be her writing genre.

Simone Angela lives on the Central Coast of NSW with her beautiful man and their cheeky cat, Flopsy. She loves immersing herself in romance books when she’s not writing herself and she’s addicted to any romance reality show on TV.

The Ghost of his Past will be her first published novella under her writing name of Simone Angela. She loves to hear from readers and can be contacted via social media.

Born and raised in Toowoomba, Susanne is an Australian author of contemporary and suspense romances set in exciting and often exotic locations, and rural romance set in Australia. She adores travel with her husband, both at home and overseas, and weaves stories around the settings and people she encounters. One Night in Sorrento almost wrote itself after her travels in Italy, and her rural romance, Second Chance Love, was inspired by a stint teaching in far north-west Queensland.

Her heroes have to be pretty special to live up to her real life hero. He saved her life then married her. They live on the edge of bush land on a mountain in beautiful sunny Queensland, Australia, with their dog.

Susanne is a member of the RWA (Romance Writers of Australia) and was a finalist in their 2011 Emerald Award. She placed third in the recent Pan Macmillan short story competition with Chez Romeo. Second Chance Love is Susanne’s eighth book. She is an author at Harlequin’s digital-first Escape Publishing and is also indie published. 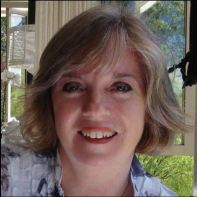 Linda Charles is a writer who lives in Newcastle in the Hunter Valley, NSW.

Lee Christine – As a teenager, Lee loved playing the guitar and writing songs. Those lyrics were all about love so when she turned her hand to writing novels later in life romance was the obvious choice. After her first two novels were relegated to a desk drawer, her third novel ‘In Safe Hands’ won the Romance Writers of America Silicon Valley Gotcha Contest, the RWA Smoky Mountains Laurie Award and the RWA East Texas Southern Heat contest for best romantic suspense. In 2012, Escape Publishing chose ‘In Safe Hands’ as one of five launch titles.

Two more novels followed, ‘In Safe Arms’ and ‘In Safe Keeping’. All three books can be read as stand-alones or as part of a series. ‘A Dangerous Arrangement’, book one in Lee’s next romantic suspense series was released in June, 2015.

Lee’s novels are sexy, fast-paced and contemporary. She lives on Australia’s eastern seaboard and loves snow skiing and playing the alto saxophone. 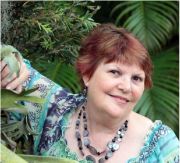 Noelle Clark is an Australian author of contemporary romance novels, rural romance and historical fiction. Her books weave romance, intrigue and adventure into colourful and interesting settings. They feature characters who deal with love and loss; and who experience the often difficult facets of life, such as forgiveness and redemption.

Noelle infuses real life experiences of places, culture and people into her stories, giving the reader an authentic taste of the location. Her novels often feature strong, mature heroines and heroes, who – often without knowing it – are ready for new beginnings.

Noelle lives close to the sea in sunny Queensland, Australia and shares  her home with one cat and two dogs. She has two grown up children and four very small grandchildren. When Noelle’s not writing and travelling, she procrastinates a lot by thinking about travel and perfecting ways to avoid housework. Oh and she babysits her grandchildren a lot.

SE lives in the Hunter Valley, Australia with her family and pets and is the author of over fifteen books, several of which have finalled in writing contests. As S. E. Gilchrist, she writes in the exciting worlds of science fiction, ancient historical, apocalyptic and post-apocalyptic and loves writing adventure and romantic suspense. As Suzanne Gilchrist, she writes women’s fiction and contemporary small town romances, often with a splash of suspense.

Suzanne takes a keen interest in the environment and animal welfare and loves bushwalking and kayaking, spending time with family and friends and walking her dogs. She is a member of the Romance Writers of Australia and co-runs Hunter Romance Writers with her good friend, Sandie James.

SE is published with Escape Publishing / Harlequin Australia and is an indie author. 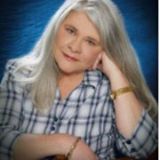 At the age of fifteen, Sandie picked up her first Mills and Boon novel and fell in love with the heroes and heroines and their struggle to find happiness. Then she read Jane Austen’s Pride and Prejudice and was lost in the world of Historical Romance, never believing that one day she would find herself writing stories of long ago heroes and heroines.

Sandie’s historical novels take her on adventures through Medieval England, Tudor, Elizabethan, Georgian, Regency, Victorian, and Edwardian Eras. From the golden sands of the coast to dry and dusty outback Sandie’s contemporary romances bring to life the struggles her heroes and heroines face in their journey to find true happiness and everlasting love.

Sandie is a member of RWAustralia and co-runs the Hunter Romance Writers.

Juanita graduated from the Australian College QED, Bondi with a diploma in Proofreading, Editing and Publishing, and achieved her dream of becoming a published author in 2012 with the release of her debut romantic suspense, Fly Away Peta from Eternal Press.

Under the Hood (Book 1 in the Tag Raiders series) followed in 2013 as one of the first releases from Harlequin’s digital pioneer, Escape Publishing.

In 2014 Juanita was nominated for the Lynn Wilding (Romance Writers of Australia) Volunteer Award, and was a finalist in the Romance Writers Australia Romantic Book of the Year and the Australian Romance Readers Awards.

She escapes the real world to write stories starring spirited heroines who give the hero a run for his money before giving in.

Lauren K. McKellar is the author of romance reads that make you feel. She lives by the beach in Australia with her husband and their two dogs. Most of the time, all three of them are well behaved.

Stacey Nash writes adventure filled stories for Young Adults in the science fiction and contemporary romance genres. She loves to read and write books that have a lot of adventure, a good dose of danger, a smattering of romance, and plenty of kissing! Her debut novel, Forget Me Not was released as a three book series (The Collective) through HarperCollins Australia during 2014 / 2015. And her Oxley College Series, entailing Shh!, Wait!, and Pretend … is available now.

Hailing from the Hunter Valley in New South Wales, she loves nothing more than immersing herself in the beauty and culture of the local area. 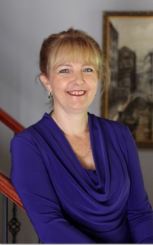 Erin Moira O’Hara was raised in the Blue Mountains of Australia as part of a close-knit family. Always an avid reader, she read her first romance as a young teenager and from that moment forward only a very special man was going to win her heart. After leaving school, Erin worked predominantly to fund her travels all over the world, even doing a stint as a chambermaid in London. She now lives in the hills of Newcastle with her special man.

Erin’s writing encompasses everything she loves to read; suspense, passion, intrigue and humour. She has finaled in competitions in New Zealand, America and Australia, achieving 3rd in the 2012 – RWA Emerald and 1st in the 2014 – RWA Emerald.

For Erin there is nothing better in life than a good book, enjoyable meals with friends and family, romantic comedies, and skiing down a mountain.

Kerrie Paterson writes contemporary women’s fiction and small town romance – mainly stories about women in their 40s and above who have reached a crossroads in their life. She loves to write about women’s relationships with their friends and family, as well as their romances.

In her spare time, she’s a yoga student, keen photographer and avid reader. 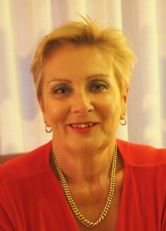 Annie Seaton lives near the beach on the east coast of Australia, fulfilling her lifelong dream of being an author. After majoring in history at university, her career and further study spanned the education sector with the completion of a Masters Degree in Education, and working as an academic research librarian, a high school principal and a university tutor until she took up her full-time writing career. Each winter, Annie and her husband leave the beach to roam the remote areas of Australia for story ideas and research.

Annie’s Porter Sisters series are published in print, and she has recently signed another two book contract with Harper Collins in the Harlequin Mira imprint. Whitsunday Dawn is the first of these to be followed by Undara in 2019, Osprey Reef in 2020 and East of Alice in 2021. Her single title books have created an new genre: eco-adventure romance

Annie also has many sweet romances published digitally across several genres. You can find them in a convenient slideshow on her website.

Marianne Theresa has always been a romantic. Dreams full of heroes (who were usually larger than life), knights in shining armour and gorgeous heroines searching for true love and HEA.  Along with the classic novels, encyclopedias and history books on Art, Medieval England, Ancient Egypt, Rome & Greece were at the top of her reading list.

For every writer, the journey to publication is different. The road often long, and eventful. For Marianne Theresa, in 2012 this reality came true with the publication by Momentum of her first short romance story. While her first completed books are contemporary, the passion for Historical novels will never change. The lure of writing and reading other popular genres such as: Paranormal, Spicy/Erotic, as well as burying her nose in a good Mystery/Intrigue, Murder, Futuristic and Sci-Fi/Fantasy, has broadened the scope of her writing.

Come and join Marianne Theresa on a writing adventure as she journeys through the magic, that is the wonderful world of books.

2 thoughts on “The Authors”